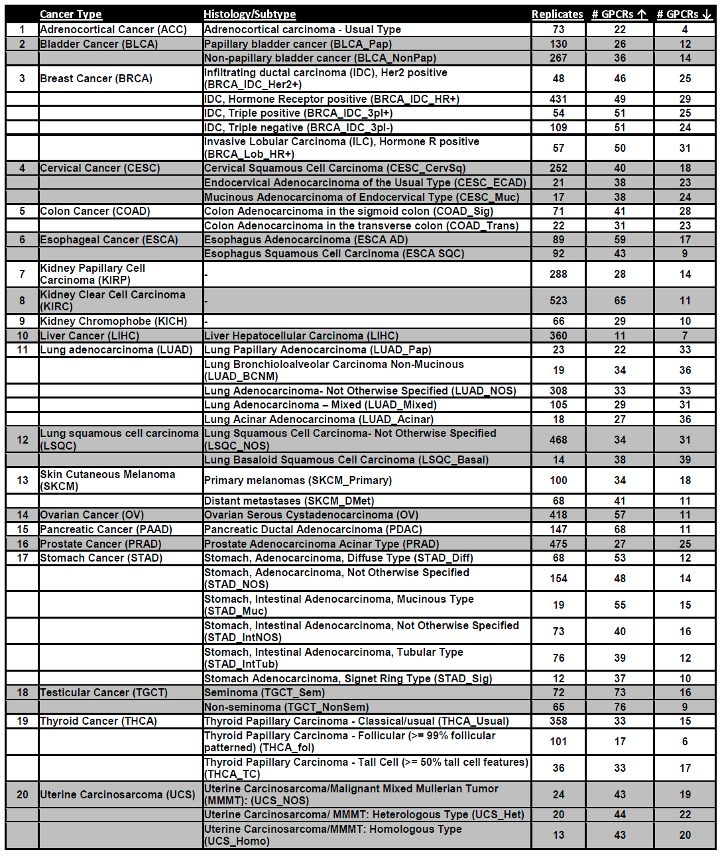 For each tumor type, the number of GPCRs either increased or decreased in expression compared against normal tissue is indicated, along with the number of tumor replicates. For ‘N’s for normal tissue, refer Supplement 1, Table S2.

A list of all target GPCRs annotated by IUPHAR:

This list includes synonyms for Hg19, used for TCGA mutation analysis, and for CNV.

Supplement 2 contains information about which GPCR genes are included in our analysis, the number of GPCRs with non-silent mutations in each TCGA tumor type and the frequency of GPCR Copy-number variation (CNV) in each tumor type.

Supplement 3 contains a master file showing fold changes and magnitude of expression of GPCRs in various tumors, corresponding expression in normal tissue and GPCR expression in cancer cell lines, from the CCLE and Genentech studies hosted at the EBI expression atlas.

Data for specific plots in our paper

The numerical values used to generate several key plots in our manuscript can be downloaded below.